Young Adult and New Adult fans rejoice! You have a new author to love! Meet M.D. Luis, a Cali gal and indie author whose books have amazing reviews on both Amazon and Goodreads. She’s our second stop on the Author Interviews month, and I’m thrilled to have her. Looking forward to perusing Aria, first in her paranormal trilogy, soon!

Yes. Whether you’re being published in a traditional sense or are contemplating self-publishing, you need to be confident and act the part. Be a professional writer and by that I mean be gracious, courteous and don’t give up. Your friends and family will be impressed that you’ve made it this far but the publishing world might care less and readers even more so. You will need to prove yourself to them. It’s a scary road at times and you need to power through it. Grow a thick skin, quickly, and no matter what…keep writing.

I’m not sure I can say I have a preferred genre to write in. I’ve only written two books so far and am working on a third. They’re both paranormal in nature with a little romance and mystery thrown in. Some might call it New Adult but I’m not so sure. Most New Adult novels are heavy on the sex and mine is somewhere in between. I like to say it’s for mature Young Adults but you never know, some of my readers are in their thirties.

This might be the most interesting question I’ve ever been asked and the most bizarre. But I dig it. My two main characters are Nya and Jack. Not sure I can meld those names together in a fun way but I will say this. There’s a ship in the my second book, Rain, that comes into play and it’s called the Anneliese. I’d probably have to go with that simply because it has meaning. Oh, and it’s a real ship.

My books are part of The Aria Trilogy. The first two novels, Aria and Rain, are already out and the third, Ember, is due for release in early 2016. The Aria Trilogy is about two lost souls, Nya and Jack, who come together through some unusual and rather violent circumstances. Of course there’s romance and eventually Jack’s ugly past catches up to him and Nya finds herself smack dab in the middle of it. She’s prepared to cut him loose but she finds that walking away from love isn’t so simple. Besides, there’s a bigger problem at hand. Jack wants Nya. He’s prepared to do whatever it takes to be with her even if it means making the upmost sacrifice. Nya fears he’ll go too far but she’s quickly learning that Jack always gets what he wants.

I’m a self-published author. I tried to go the traditional route and get an agent but it was hard work. I had some interest from a few agents but in the end they all said no. A few years back, no one was representing New Adult which, again, many people feel my novels are. So NA authors were forced into self-publication. That’s starting to change which I’m happy to see. It’s a popular genre and it’s continuing to grow. It’s nice to see it getting some professional recognition.

Ok, I’m not sure I want to mention just one person and I certainly don’t want to mention any book I love that everyone already knows is awesome. I mean, what’s the point? Suzanne Collins doesn’t need my help. I’d like to give a shoutout to all the wannabe authors out there because they’re plentiful. I have people ask me all the time – how did I do it, how did I actually finish a book and then write another? The answer isn’t a big secret, I just kept going. I wrote the friggin’ thing and I didn’t go back and edit until it was done. You need to do the same.  It’ll suck at first, you’ll cringe when you read it. DON’T DO THAT. Finish the rough draft and get the story out or you never will. Don’t be afraid of how it sounds, don’t be afraid of what people will think and don’t be afraid to write scenes you might ax later. Just get the story out. You have plenty of time to go back and edit and clean and polish. But I swear, if you don’t get that damn story out, it will never happen. With that said, my hat’s off to all you newbies out there who are just getting started. Keep going. Don’t give up. If I can do it, so can you! 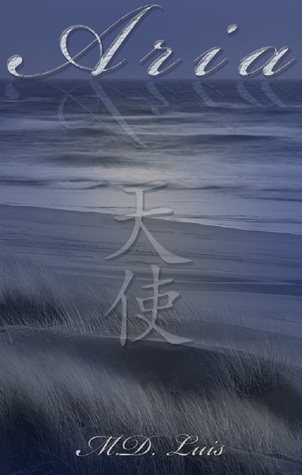 Nineteen year old Nya Reed never thought her simple life could get so complicated so quickly, until one horrifying night with friends she won’t ever forget, or remember…

Nya awakens in the ER, bruised, bloodied and has little memory of the night prior. Her new friend, Matt, is dead and the police are baffled when they have no leads in the case. Nya struggles to piece together any fragments of broken memory she can salvage. Her only clue? A gold pendant in her pocket she’s never touched or seen before.

Worried that Matt’s killers will surface, Nya seeks comfort from her neighbor, Jack. He is the only person that can reign in Nya’s ever racing mind and bring some peace to her troubled and chaotic world. But Jack has issues of his own. His past is shrouded in mystery, his whereabouts are unknown and there are things about him that Nya cannot explain. As the romance blossoms, she begins to question if this new found love is truly her friend or her foe and is determined, now more than ever, to find out exactly who…or what…Jack truly is.

Check out Aria on Amazon! 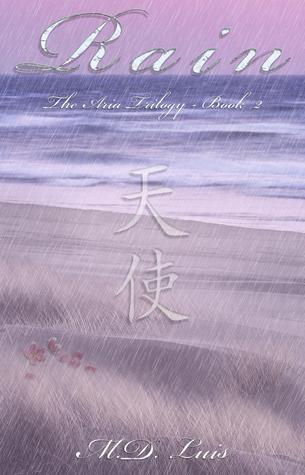 No place is safe.
No one can be trusted.
And time is running out…

Jack’s enemies want nothing more than to see him dead and they’ve traveled the ends of the Earth to find him. As Jack and Nya now flee for their lives they encounter old friends and new enemies, hoping to find a solution that will end this feud once and for all. But friends and enemies aren’t always what they seem and the two turn for help in the ugliest of places.

As Jack’s past comes to light, it threatens to smother the one thing he has fought for the most – his love with Nya. Jack will do anything to protect her and Nya will stop at nothing to save him. But as friendships crumble and alliances weaken, Jack’s deepest secret is revealed, leaving them to face their greatest challenge yet. Desperate, Jack is forced to strike a deal he knows he can’t fulfill and Nya is torn between her love for him and what she knows is right.

Jack and Nya have endured so much so fast, have surpassed great odds to be together, but will their love survive their darkest hour?

Check out Rain on Amazon!

M.D. Luis was born and raised in California. She always enjoyed reading but was particularly drawn to the stories that captured her imagination and tugged at the heart. She finally put her own ideas to paper and released Aria in June 2014, the first book in a three part series. Her second book, Rain, was released in early 2015. She lives with her husband and three children in the San Francisco Bay Area.