And the author interview train keeps on chugging! Today I have the very punctual and very polite British author James Benmore!

James works with characters from a classic tale and adds some phenomenal twists to keep things fresh and awesome.

I’m currently hard at work on the third instalment of my Dodger series, a trilogy of novels that follow the continuing adventures of Jack Dawkins, the Artful Dodger from Charles Dickens’ Oliver Twist.

The first book, Dodger, was released in the UK in 2013 by Quercus and was really well-received. It told the story of how Dodger returns to London from an Australian penal colony six years after his arrest in Twist and discovers the city to be a much more dangerous place than he remembers it from his boyhood. Fagin, Nancy and Bill Sikes are all dead and he is in a race-against-time to discover a lost jewel or face deadly consequences.

The second book, Dodger of the Dials, was released last year and in that Dodger is trying to advance himself in an increasingly savage criminal environment. He makes an alliance with a bigger crook who calls himself Weeping Billy Slade and soon comes to regret it. Before long, he’s in the condemned cell of Newgate prison thinking up plans of escape.

Dodger of the Revolution, which will be available in the Spring 2016, sees Jack head to Paris on a high-stakes thieving job where he gets caught up in a local uprising. In some ways its Oliver Twist meets A Tale of Two Cities so its a case of Double Dickens!

I’m a huge admirer of Charles Dickens and far be it from me to assume I could improve upon his great works. However, I got the idea for an early scene of the first book while reading Oliver Twist in a hammock in Thailand about ten years ago. I was thinking about how much I loved the Artful Dodger because he was that wonderful mix of being both funny and villainous, sweet but sharp. But I was a bit disappointed that Dickens had removed such a fun character from the story before the final act. Jack is arrested for pickpocketing and packed off to a penal colony in Australia for five years. This means that he misses the dramatic and bloody end of the book where Bill Sikes kills Nancy, is then hunted to his own violent death by an angry mob and then Fagin is hung in Newgate prison. And this struck me as very sad because, even though those characters were all very much the criminal contingent of the book, they were also Dodger’s family and I imagined how horrified he’d be if he returned from abroad five years later and discovered all that. Who would he blame? My money was on Oliver Twist himself who, after all, was the root cause of all that destruction.

So it was that thought – that it would be dramatic, funny and a little sad to view the world of Oliver Twist from Dodger’s slightly warped perspective – that inspired me to write the rest of his story.

I was always a bit worried that people would think that it was impertinent of me, a debut novelist who nobody has heard of before, to try and follow in the footsteps of Charles Dickens, a giant of English literature. But my books are written out of a great love and enthusiasm for the criminals that Dickens created in Oliver Twist, many of whom are among my favourite fictional characters ever. Hopefully, my readers will want to return to the rotten and crooked streets of Victorian London with the irrepressible Dodger as their guide.

Even though they didn’t have Halloween in Victorian London they did have a lot of masked balls in great mansions. I imagine that Jack Dawkins would like to slip into one of these as if just a masked guest and end up leaving with pockets full of jewellery he’s picked from wealthy party-goers. He would do all this wearing the mask of a jackdaw, the thieving blackbird that his own name is surely a play on.

I’m a night owl so I’m up til the early hours of the morning writing most days. I find it easier to focus on the words and the story in the dead of night.

Here’s a spot to pimp one of your writer friends? GO!

There is a fantastic book called `Rus Like Everyone Else’ by Bette Adriaanse which is being published in December by Unnamed Press. Its about, among other things, a panicky postman who suddenly realises he owes a fortune in taxes, an elderly woman obsessed with soap operas and stealing hand creams , an agoraphobic man who is invited to meet the Queen and whole bunch of other dysfunctional characters whose lives intersect. I was on the same creative writing course with Bette some years ago and read an early version of this and it was one of the funniest, most unique things I’d read. Keep an eye out for it! 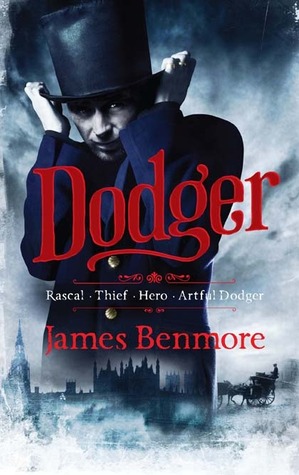 After five years in an Australian penal colony, the Artful Dodger returns to London in search of a hidden fortune. Unaware of the fate that befell Twist, Fagin and Sikes, Dodger revisits the criminal underworld of Dickensian London to seek out his old comrades, any of whom might possess the key to the treasure.

He finds the city a changed place from his youth: with law and order upheld by a new police force, Fagin gone to the gallows, his old gang scattered and danger around every corner.

Snag your copy on Amazon! 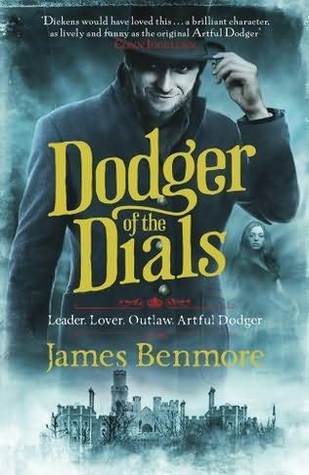 Two years on from the events of Dodger, Jack Dawkins is back as top-sawyer with his own gang of petty thieves from Seven Dials. But crime in London has become a serious business – and when Jack needs protection he soon finds himself out of his depth and facing the gallows for murder.
Grab the second book on Amazon!

James Benmore studied literature at the Open University and has since completed an MSt in Creative Writing at Oxford University. He won the AM Heath prize in 2010 for best work of fiction by a writer graduating from Kellogg College. His short stories have been published in various anthologies. He lives in London.
Catch up with James on Twitter and Instagram!