Now here’s an exciting YA release I can really get behind! Eliza Nolan is on my blog today chatting about her debut novel, Phoenix Awakens, an let’s just say, I’m foaming at the mouth to get a hold of her book. Plus Eliza‘s struggles are that of every author — aka #sorelatable #bookmarketingsucks.

Please give a warm welcome to Eliza Nolan, and don’t forget to give her debut a look at the end of the interview!

Phoenix Awakens is my debut. It’s a YA urban fantasy about a girl who finds herself in a fight with a secret society over magic. And there’s a cute boy, of course.

It’s my first release, so I have ALL the fears. My top two are:
Fear 1: Will people read it? (Please do!) There are a lot of books to chose from, and I worry that readers won’t be able to find my book amongst all the wonderful options out there.
Fear 2: Will readers like it? (I hope so.) I think this is every author’s biggest concern. We pour our hearts out in words on the page, then pull our hair out during revisions and edits,in hopes that we will make something that is not only worth others’ time, but also a wonderful experience for the reader.

Julia started out as a high school version of myself. She has my insecurities, my desire to succeed, my inability to take charge…

But she also became her own person as she developed as a character, doing things I could only imagine. 😉

She’s a bit of a wallflower, so she wanted to stay home and hide. However, her friend, Samantha, wouldn’t let her, so she agreed to go as Katniss Everdeen. After all, she really does wish she could be a super strong hero.

Here’s a spot to pimp one of your writer friends… GO! (Or to gush about a recent fave read)
I’m going to gush about my crit partner, Dawn Klehr’s new book, If You Wrong Us. I’m only part way through it, but I know it’s gonna rock. It’s a twisted YA thriller about some kids who plot revenge, and the insanity that follows. I read an earlier version of the beginning of this one, and I’m dying to know how the story ends. Check it out! 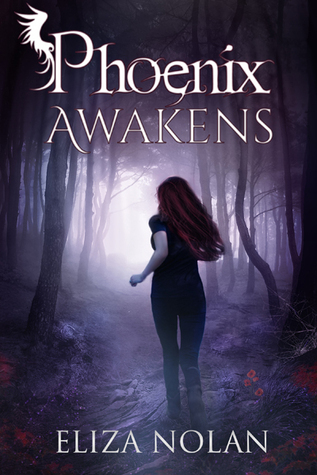 Julia Long is starting her senior year with an extra dose of crazy. The dreams of cultish, bloody rituals are weird enough, but the victim in her lifelike dreams is her new classmate, Southern charmer Graham.

Graham admits he was a Phoenix — part of a centuries old secret society — but swears he left it all behind. As Julia works with Graham to figure out why she is dreaming about his past, she’s discovering she has other abilities. She heals Graham’s migraines with a touch, and there’s her superhuman strength that comes and goes. Julia doesn’t know where her new talents come from, but there’s no denying that when Graham is near, her powers kick into overdrive.

But the Phoenix Society wants Graham back. They need his blood to awaken the magic they seek, and they’ll do whatever it takes to get it.

Can Julia uncover the truth behind her connection to Graham? How far will Julia go in order to save Graham and stop the Phoenixes from harnessing this powerful magic?

Get it on Amazon today!

Eliza Nolan was born and raised in Minneapolis, Minnesota. She lived in Charleston, South Carolina, for a few years, after which she returned to icy Minnesota – where she now lives with her two unruly cats in a house smaller than your closet.

She is an avid reader and writer of YA. She has ghostwritten a novel or two, but also writes her own stuff, and is finally publishing her debut young adult urban fantasy novel, Phoenix Awakens.