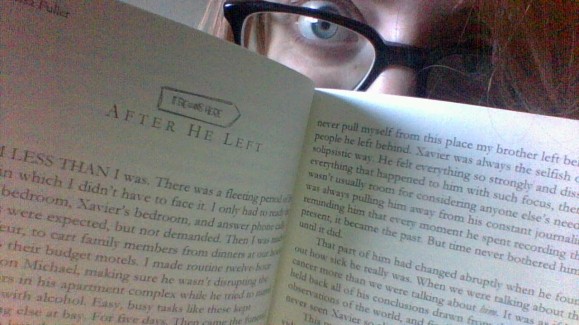 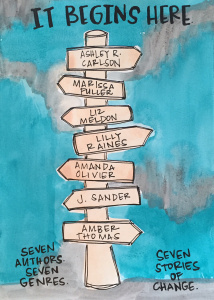 After He Left by Marissa Fuller is story #2 in the It Begins Here anthology. Like Carlson’s Beauty’s Bargain, this is the first time I’ve read the piece, and I’m pleased to say it left me knowing I’ve found another favourite author to watch out for. Fuller’s piece knows how to bring all the feels, and centers around Alexandria, who just lost her twin brother to cancer. The author’s description of the loss, the separation, and the horror of basically no longer having half of yourself in your life anymore was so real that I was actually tearing up as I read. I can’t imagine how devastating the loss of a twin would be, but Fuller paints an incredibly vivid image that will stick with me for a long time to come.

This ten thousand word piece won’t take long to read–mostly because you won’t want to put it down. And know that I’m not just singing its praises because I was a contributing author to the anthology. I have no issues pointing out flaws in a piece. Here, for example, I wish more time had been spent on Michael and Lex, rather than Michael and Ronnie, but I’m hoping we’ll get to see more of the main young couple, battling love and loss, in the next anthology.

All in all, After He Left is a wonderful piece that knows how to grab you right from the opening line. If you can put it down for long, I applaud you. I know I couldn’t.

Check out Fuller’s piece in our recently released anthology, It Begins Here.

* Because this was a part of an anthology that I contributed to, there is no rating assigned unless the author is selling the short story on its own separately from It Begins Here.